The Medium is a third-person, psychological horror game where the player incarnates a medium who can travel between the spirit realm and her own reality. She receives a call from a mysterious person one day. She starts a journey to discover the truth behind her lost memories and the secrets that revolve around it, so how does it.

The spiritual successor… Or not?

It’s impossible to join a conversation about The Medium without someone pointing out how it is a Silent Hill spiritual successor or how it reminds players of the earlier Resident Evil trilogy. The Medium indeed takes a lot of elements from those, fixed camera angles, atmosphere, intriguing and tonally similar story, even stuff as trivial as Marianne having a very similar design to RE2’s Claire or something as a big deal as managing to get Akira Yamaoka to work on the OST, but that’s about it. The Medium fails to build either games’ tension through game mechanics and genuinely scary scenarios; it rather ditches that and places some jump scares here and there to keep the player entertained; instead of exploring an abandoned place filled with the unknown, it feels like traveling a giant corridor to which its easy puzzles don’t contribute much to.

A psychological horror that does not scare 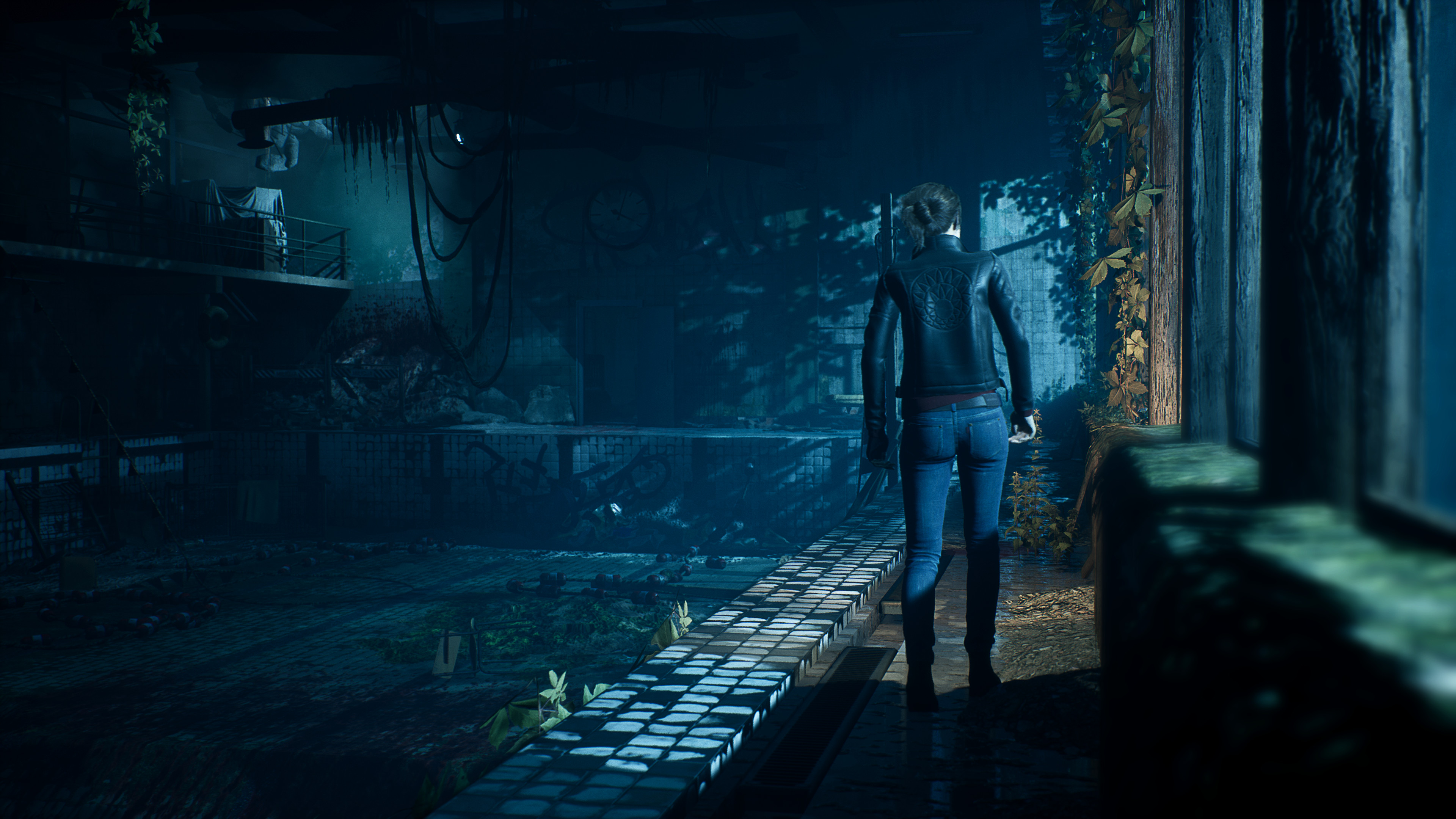 Even though The Medium manages to build a great atmosphere during its first minutes, it pales down after passing a couple of corridors. It doesn’t manage to keep the rhythm on despite the many different elements and scenarios it showcases later on; as a game that can be beaten in 7-8 hours, one would expect a more cohesive experience, but instead of keep on delivering a horror dose of adrenaline, the game becomes tedious and tiresome. Story-wise, it works well enough to keep the player entertained and wanting to know more about Marianne and her family’s story, but the facial animation used is too stiff to transmit what each character is going on; some models compensate for this with the smart use of a mask over some characters in the game, but nothing helps Marianne and other important characters in main roles, quite a shame considering how great Kelly Burke voice acting is.

A taste of next-gen but, at what cost?

When it comes to taking advantage of next-gen console hardware and high-end PC gaming, The Medium is definitely one of the most ambitious games to come out, performing at 30fps on Series X/S and being highly demanding on PC; what can you expect? Every scenario is highly detailed, both reality and the spiritual realm can achieve great and stable results on their own, and then there’s the highly ambitious idea of adding a split-screen between the two throughout the game, and this is where the ambition places the bill, rendering these two can be achieved. Still, you won’t escape from dips in any platform, a result that’s on paper a great idea that can contribute to more creative puzzles to solve between the two worlds, but that quickly turns tiresome like the rest of the game. 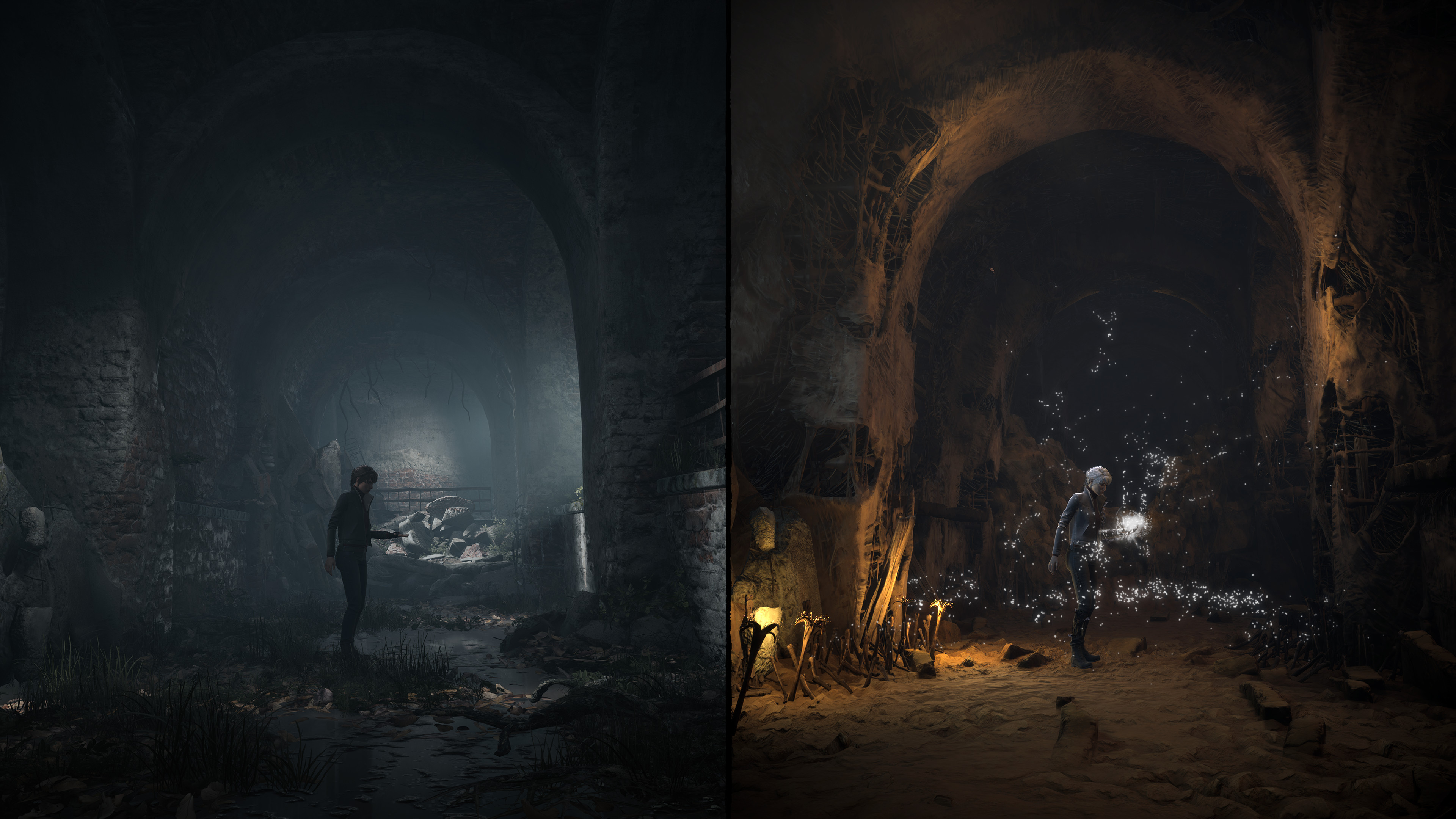 The Medium feels like an attempt. With great ideas, the future seems bright for the Bloober Team, who already built the foundation for a potential sequel that can execute all of these ideas more cohesively and less redundantly. Its ideas – along with the nostalgic feeling that a new fixed camera angle game brings are worth giving the game a try if you do make sure to use headphones for a fairly better experience, but its flaws, lack of replayability value – and short duration aren’t worth full price, for current gamepass users it’s definitely an interesting game to check out.