The Survivalists are the spiritual successor of The Escapists, and it does a great job in nearly everything you are shipwrecked on an island. The art style is very similar to The Escapists’ art style. The best part about The Survivalists in the sandbox is very similar to Minecraft in certain aspects. Survivalists have a lot to offer. It does one heck of a job in terms of exploration; finding things like Treasure is delightful, and you can go to dungeons that have a lot of enemies. If you defeat those enemies, you might find some items that can help you escape the island.

I have many hours in The Survivalists, but I still haven’t managed to escape the island. I basically built a paradise on it; it’s up to you at the end of the day.

Let’s talk about the bad things now. First of all, the combat system is fundamental, and it’s based on luck. Sometimes also you cannot repair any of your tools. They just break, so you’ll have to collect the items needed to craft the tools you have broken again. Inventory management is very similar to the one in escapists. You can hide your items in certain places and things like that.

A great thing about the Survivalists is that it’s very relaxing and soothing because of the art style. For example, take a look at the screenshot below: 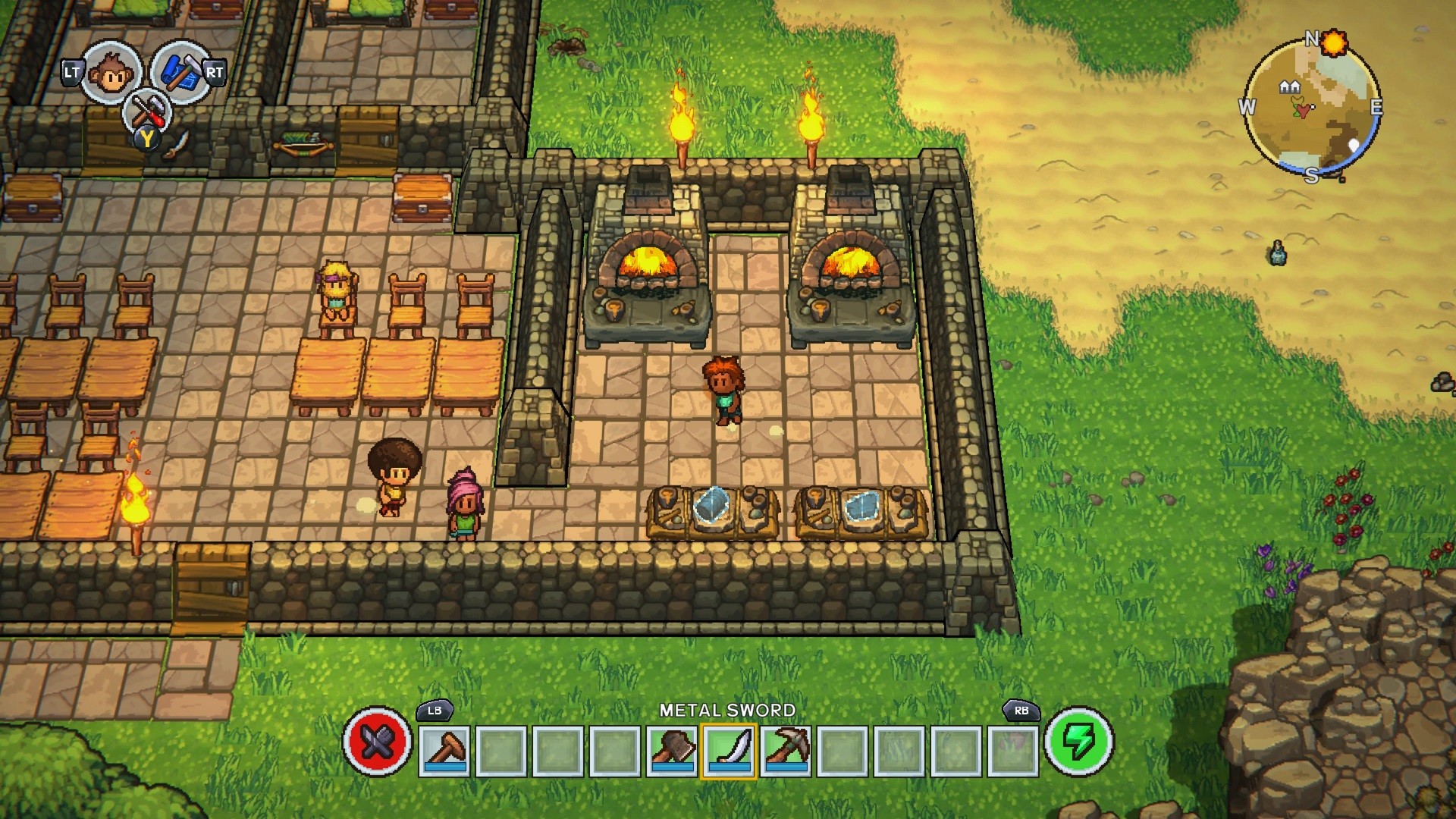 As we mentioned before, the art style is very soothing, and the sprites are well animated, and it has monkeys. What else do you want from a game?

Monkeys are a great companion in The Survivalists, and they are the best. If you are playing alone, you can tame a monkey. You can also teach monkeys to perform tasks like cutting down trees. They watch you and learn from what you do. It would be best if you tried to explore as much as you can. In The Survivalists, you will encounter many enemies because you are not the only person who’s living on the island. Still, you’ll also find Labyrinths, Vaults, or Dungeons, which reward you with cool items that might help you escape the island.

The development team has done an amazing job with The Survivalists. It’s the best Escapists’ spiritual successor one could imagine. To be honest, I didn’t have high hopes for the Survivalists at first, but Team 17 managed to surprise me in terms of everything. It’s safe to say that The Survivalists is a way better game than the Escapists. That’s how good of a job Team 17 has done with it.

Hopefully, they add more features in updates which make the progression system a bit deeper and more complex with time, and I cannot wait to play more Survivalists with my friends