Jason Schreier said that “Ubisoft has been planning to announce a bunch of games like Prince of Persia Remake, which was leaked a couple of weeks ago” on his Podcast with Kirk Hamilton and Maddy Myers.

For those who don’t know who Jason Schreier is, Jason Schreier is the news editor for Bloomberg (Previously worked for Kotaku). He has also covered news for Wired. He also stated in the podcast that all the Sony First Party games will only be available on the PlayStation 5 and won’t be Cross-Gen. Sony wants its first-party developers to take full advantage of the new hardware. 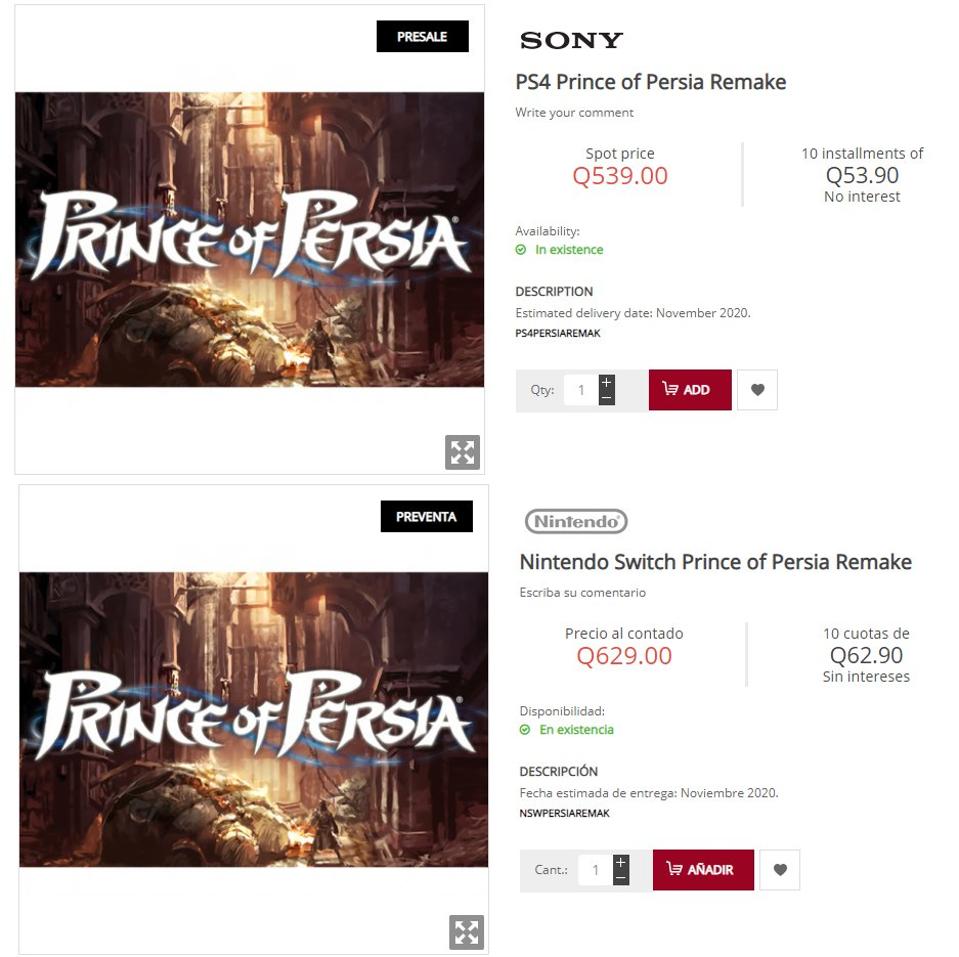 Ubisoft has already announced that there will be a new Ubisoft Forward on September 10th at 12 PM PDT. We can expect games like Far Cry 6, Watch Dogs Legion, Assassin’s Creed Valhalla, Prince of Persia Remake, and the revamped version of Gods and Monsters.

Ubisoft has also been updating the Prince of Persia Domain, which gives this leak even more credibility.

What do you think about these Prince of Persia Leaks? Please let us know in the comments below.