PlayStation Italy recently posted an image that translates to “It’s about to begin”, along with the #StayTuned.
This is most likely related to the next rumoured PlayStation Experience Event, which is supposed to happen on 8th July, according to rumours. 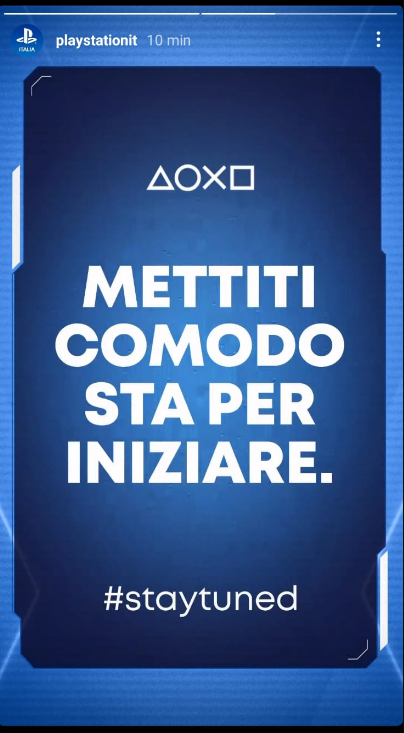 Another thing that makes this tease more credible and related to Sony’s Next Event is that they have teased something similar to this before, and that event actually happened.
Regional accounts have a history of announcing stuff before the actual accounts due to embargo time confusion. I would expect an official announcement in the next 3 days, or maybe it could happen even later today, but we will keep you updated as soon as Sony announces something officially.
I’m going to write an article on what we most likely could see at Sony’s Next Event when it’s officially announced, so stay tuned for that as well.
I think that this event will be very long since it is supposed to be in an E3 type format, and those events are usually above 1 Hour, so expect a lot of announcements for PlayStation 5 and 4.
This year will definitely be amazing for PlayStation; they have already released Ratchet & Clank: Rift Apart and Returnal. They also plan to release Horizon Forbidden West and some unannounced games later this year.