Update 2: Microsoft has reversed this decision

On Reddit, there have been images of Xbox Live Gold 6 Month Subscription Cards being sold for 60$ even though Microsoft has not said anything about it yet. If the 6 Month Subscription Card Price gets increased to 60$, then it’s evident that 1 Year Subscription Cards will be sold for around 80-120$. While it is not confirmed yet, it seems pretty credible because people say that these Cards have just arrived at Gamestop. We have reached out to Gamestop for confirmation on this and will keep you updated as soon as they reply.

It seems like Microsoft might be trying to focus on Gamepass and Xbox Live Ultimate more, but this is terrible news. I really hope Sony doesn’t follow Microsoft’s Steps and increase the prices of PlayStation Plus. 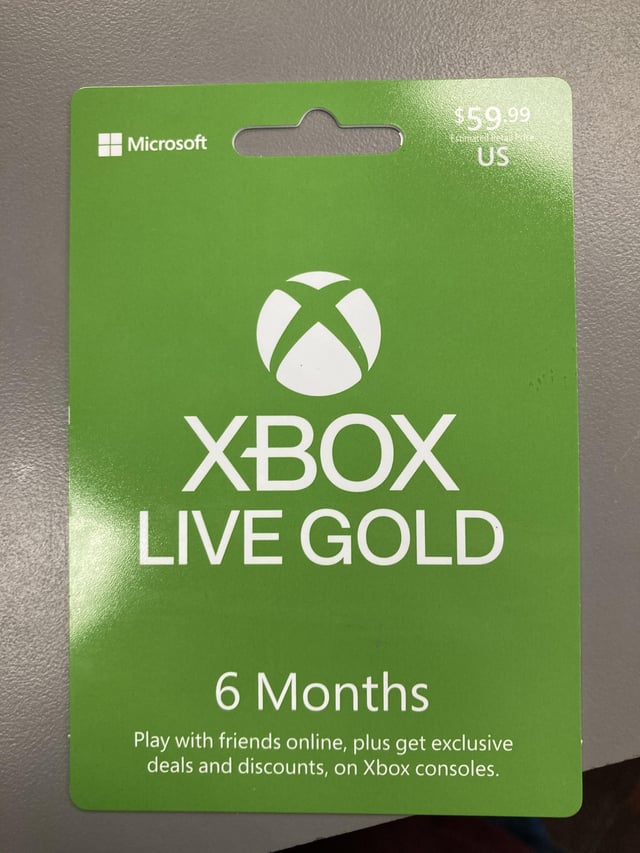 Xbox Live Gold is still available for purchase for 60$. It seems like they have just sent the stock of these cards to Gamestop and are ready to announce the pricing update soon again; this part is just speculation you can still buy the 6-month card for 40$ on Gamestop right now. Nonetheless, we will keep you updated with all the news related to Xbox Live Gold’s pricing. I really hope that this is not true. If they increase the price to 80-120$ a year, that would be awful; I think they should add more features or something to Justify the price increase; hopefully, they will do that.

What do you think about Xbox Live Gold Price Increasing? Please let us know in the comments below.