With the new Battlefield about to be announced, there are already a few leaked images of the game ahead of the official trailer. These leaked on Reddit someone did some digging on Origin and discovered multiple things, such as promotional images displaying combat and technology in the game as well as the release date. Images from the leak showed a definitive return to a slightly more advanced but still modern era of warfare. Characters wearing wingsuits attempting to avoid and evade tornadoes were spotted in the images, and modern vehicles like tanks, helicopters and jets were seen in action. 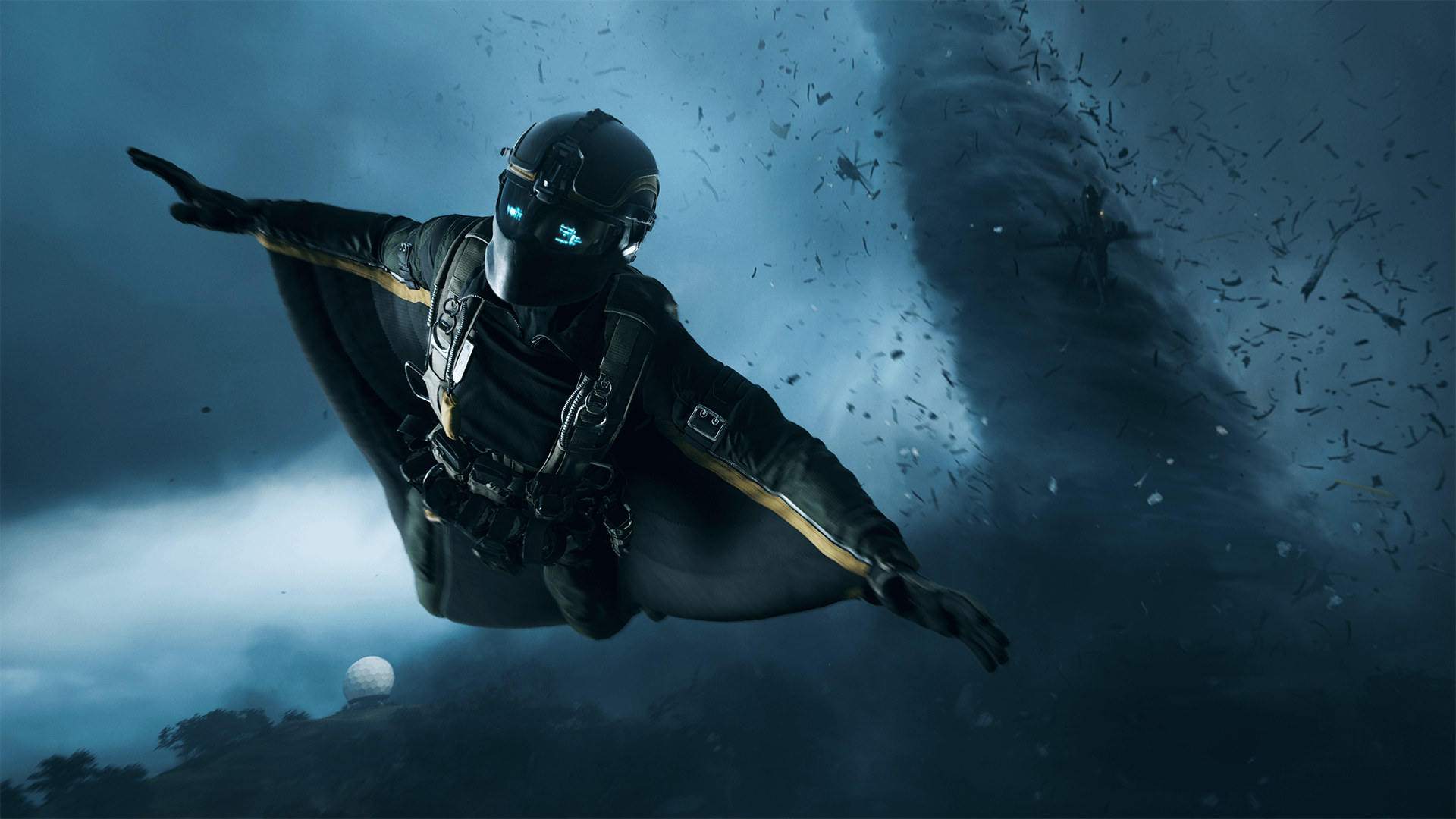 According to the leak, some maps will include flat areas for combat, skyscrapers to show off the new wingsuits, and large shipment yards causing chaos. This year’s Battlefield also has a possible release date of October 22, and will also include an Open Beta and an Ultimate Edition on launch. The post also revealed the presence of a Battle Pass along with Specialist outfits and customization options. The new title will also apparently be called “Battlefield 2042,” with 7 maps and a capacity of 128 players in one game. Maps will also be influenced by the environment, from Seoul to Egypt. Specialists are also new to the series, with traits and perks in addition to their own fully customizable load-outs to fit the desired play style. The story will also feature the U.S.A. and China on the brink of war after decades of death, with Specialists fighting to help shape the future. The official reveal will be happening soon on the Battlefield YouTube channel