“Followed a will that was more than just my own”

Gray Zone, developed and published by EastWorks, is a story-driven tactical RTS with stealth and RPG elements. The game starts off quite strong, but after a short while, you will be greeted with a lot of unfun game elements and a bunch of glitches. You play as a young man who used to be a slave and freed himself from the evil Union. In his father’s final moments, he gave Valern an amulet, which summoned a hologram AI, also known as Anika. Anika is your very first companion that you will meet throughout this first chapter and by far the most interesting one. Let’s start off with the good. 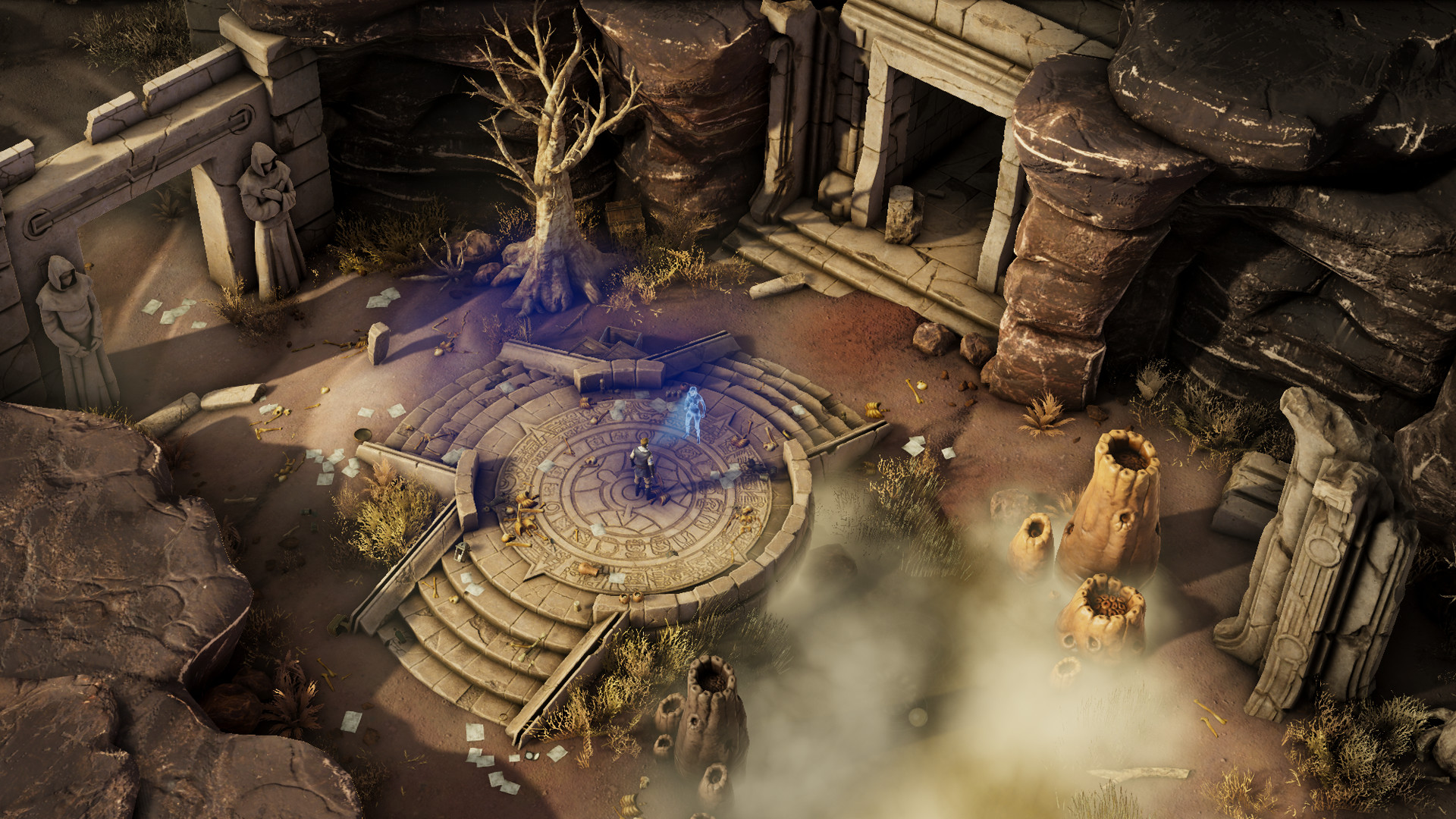 The voice acting is pretty good, especially in the intro. The writing is pretty good, a bit generic, but still good. The dialogue is decent and very self-aware, with a few comedic moments. The intro animation, which is also by far the best part about the game, is great. The story is interesting, the narration is fitting, and the “animation, if you can call it that, is pretty good. It’s not really an animation. It is more like a slide show with a rain filter put over it. But nonetheless, it’s good. I enjoyed it quite a lot, and I even said to myself: “Wow, I didn’t expect this to be this good.” Sadly these words didn’t age well at all.

I was greeted with a tutorial in the most generic place ever. You’ll also have to fight the most generic enemies in this first chapter; dogs and mutants. Dogs are easy to kill, while mutants aren’t. Well, mutants are easy to kill if you are close to them; if you are not, then you will have to wait a bit until you slowly drain their health. Though, if you die to either of them, the game will reset and put you back in the beginning unless you reached an autosave point, which is not shown as far as I’m aware. You can save/ load, which I used a lot because the autosave feature is pretty horrible. 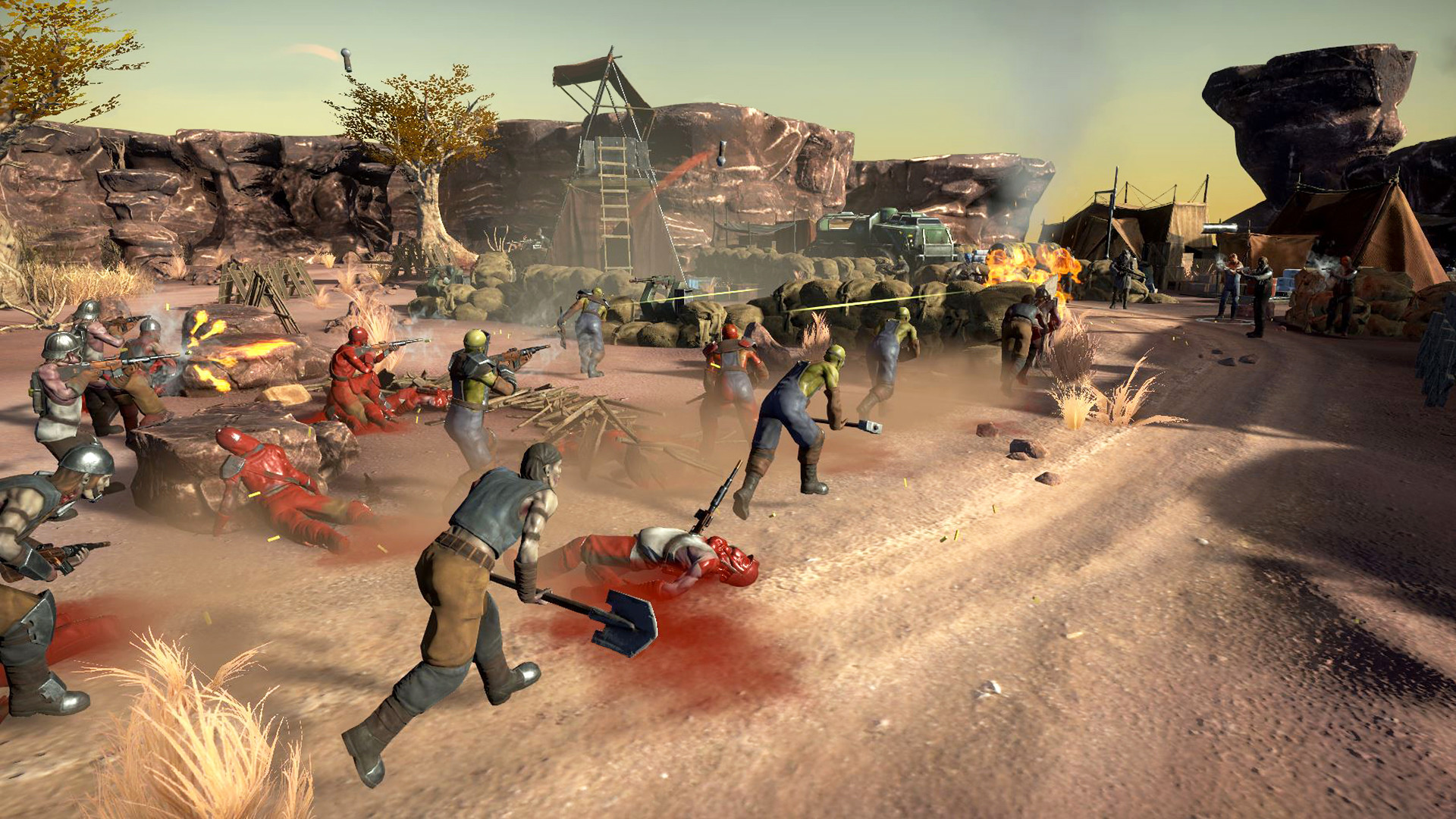 I’m glad they let us skip every dialogue and the intro, though, which made this a little bit more pleasant to replay. The stealth feature is very annoying and could’ve been handled way better. Your companion, Anika, will sometimes just run around in the grass and in front of enemies like a maniac. They did save themselves by saying that only the protagonist can see her and no one else. It doesn’t excuse her horrible AI, though. I’m glad they put in hotkeys, which can help you out a lot, but there is, for some reason, no hotkey to make every companion follow you. I’ve had to click on my companion, then right-click on me to make them follow me about a million times. If there is a way to make everyone follow you, then they have not shown it in the tutorial. And sometimes, if you get interrupted by a dialogue window, they just suddenly stop following you.

Dialogue windows can also pop up mid-fight, which should not be possible, considering you are not able to see your health, ammo, and your items. I’ve played on moderate, and I’ve died about ten times in the same segment simply because my character and my companions didn’t do anything I wanted. I clicked on my enemies to make them shoot them, but they just run at them and then get hit and die. If you die, or your companions die, you will instantly lose no matter what.

This feature is quite infuriating and not fun. There should be a feature to let my teammates help me up after get incapacitated, which would entirely fix this issue. Sadly, there is no such feature in this game, and you will have to deal with resetting after losing all your health. Taking cover is also insanely useless because your character won’t do anything but stand and shoot. He will still get hit as if he was behind no cover, which renders the entire taking cover feature useless. A bit later on in the game, you will get overrun by enemies, which is usually not a bad thing if handled correctly. But in this game, it is. 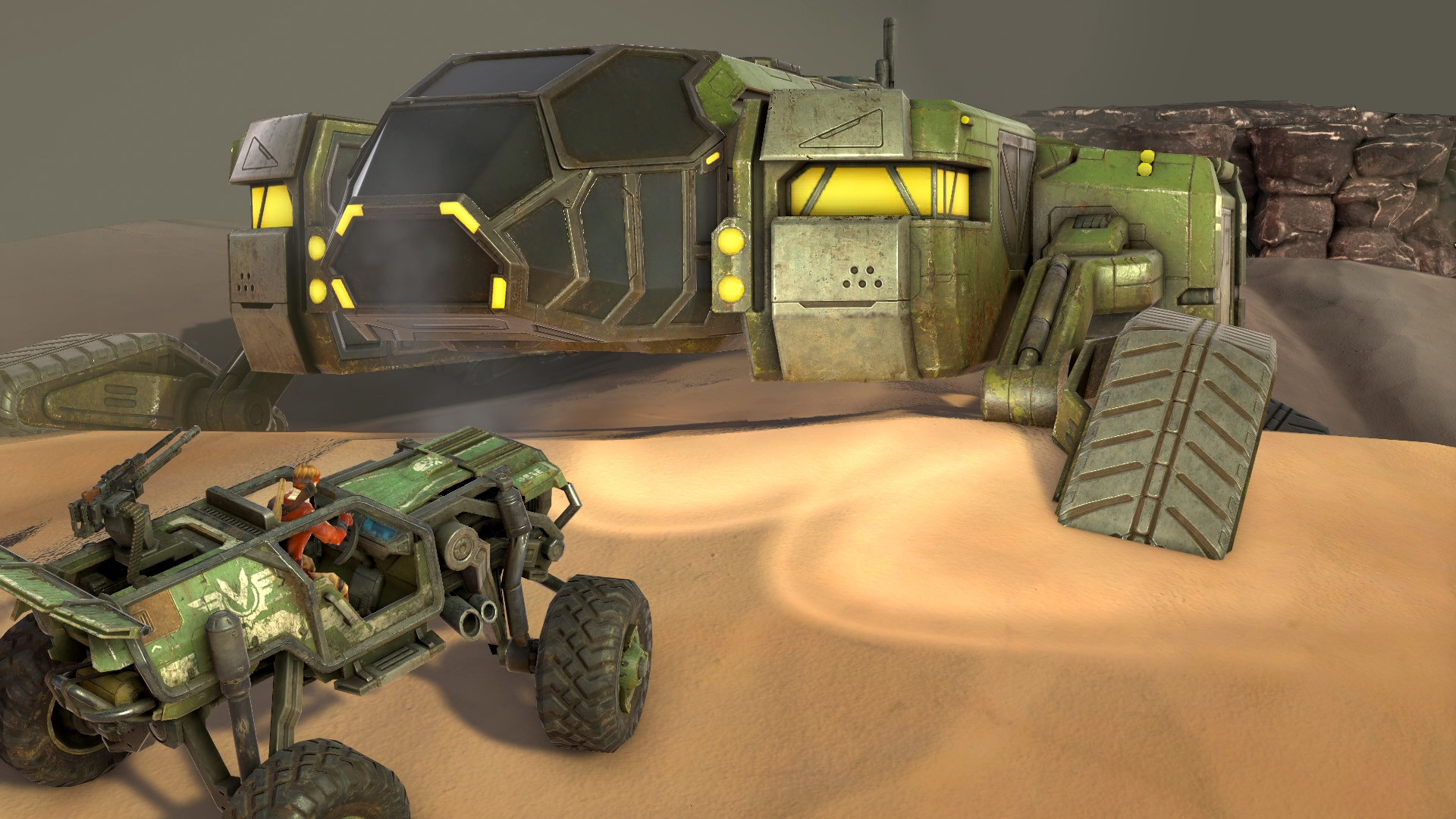 You get shot at from 30 sides, and you’ve got no idea how to counter their attack. Some are firing at you from a mountain and some from ruins. Thankfully, there are some rocks that you can hide behind with the cover feature, but as I’ve stated before, it’s’s useless. There are also quite a few annoying glitches that I encountered. Once I got stuck and couldn’t move out of a house because my companions were blocking each other. I couldn’t move them out either because they kept running into each other. I had to load my save file, which was quite a bit back, which was very annoying. Sometimes, for some reason, the main music also gets overlapped, and you hear it twice. I know I’m very nit-picky with this complaint, but why is there no continued feature on the main menu? This didn’t bother me that much, although I had to load a save file where I lost about 10-15 minutes of gameplay.

I didn’t play much of this game because it quite annoyed me at times, and I didn’t really like it, but I will make sure to play it more once it gets out of Early Access, and they fixed some of my complaints above.

No Score yet because Gray Zone is in early access