Next, Console generation is nearly upon us. There are only a few months left until we get our hands on Xbox Series X and PlayStation 5. This Console generation has been amazing in terms of games. We have gotten a lot of new franchises, a lot of fantastic sequels, and some great reboots. However, there are still many franchises I can think of which I wanted more content from some other games that aren’t filling their space. There’s just so much potential for some video game franchises that haven’t been used in a while. I can’t do anything but think about it hopefully some developers will revive these video game franchises which I will list below:

Silent Hill 2 is considered as one of the best horror games ever made Kojima was working on a reboot of Silent Hill before the Konami incident. Still, it had to be canceled because of that Konami Incident. PT was a demo of the Silent Hills Reboot, and it was one of the best horror experiences even though it was just a short demo. There were rumors about Silent Hills Game for a while, according to the Previous rumors Silent Hill was in Development with Sony, Kojima Productions, and Konami working together but shortly after those rumors, Konami denied them later. Soon after that, Junji Ito teased a silent hills game by posting the image below on his Instagram stories.

But right after that, he downplayed these rumors. Kojima has also stated that the rumors of the Silent Hill IP and MGS IP acquisition rumors are false; Kojima said, “Oh, that’s completely a hoax. At least I didn’t listen at all”. Live Door also asked him about his next game, and he stated that “I can’t talk because it’s still in the planning stage, but I’m working a lot under the surface. Just recently, a big project has become unpopular, and it’s a bit stuffy (laughs). Well, as is often the case in this industry.”

Now because of everyone downplaying this rumor, there isn’t much hope for a new Silent Hills game, but maybe by some miracle, it can happen. Kojima’s next project is still in the planning stages. I would expect a reveal around 2021-2022 for Kojima’s next game. It might or might not be a console exclusive. We know nothing about it, yet only Kojima knows what he’s doing.

There was an attempt to reboot Castlevania in 2010. The reboot was called “Castlevania: Lords of Shadow” it was a great game, in my opinion, and most of the people, but the sequel was nowhere as good as the first one. There have been attempts by Konami to revive Castlevania, but as a mobile game, all of them failed. Maybe it is time to revive Castlevania as a proper console game. I have previously written an article on how I want Castlevania to be revived click here to read that article.

Konami recently made a Castlevania anime which gave me more hope for a proper Castlevania game on Consoles now Koji Igarashi has made the spiritual successor of Castlevania which is called Bloodstained, but the lore and characters of Castlevania are just fantastic I don’t think that Bloodstained characters and lore are on par with that, but at the end of the day, it’s just my opinion. I believe that Castlevania would work perfectly as a soulslike because Castlevania Symphony of the Night inspired Soulslike genre. You can quickly tell that by the exploration, back-tracking, and the opaque story-telling. Castlevania Symphony of the Night also introduced a lot of RPG elements like stats, leveling, equipment, weapons, and magic. The Combat also relies a lot on dodging, spacing, and timing your attacks to hit enemies before they hit you. Dark Souls was inspired a lot by this and had most of these elements, but in 3d now imagine a 3d AAA Castlevania game like this, it would be fascinating going to Dracula’s castle in a 3d Environment. At the same time, the OST plays would feel so good.

A Soulslike Castlevania game would be perfect since they capture the challenging Combat like original Castlevania games if Konami can somehow manage to get Koji Igarashi and Warren Ellis to work on it. It would be a dream come true for Castlevania fans imagine playing as Trevor Belmont from the beginning, and the ending boss fight is Dracula that sounds amazing.

Now there haven’t been any rumors except 4chan rumors on Castlevania, which aren’t that trustable, so we have to hope for another Castlevania game there are little chances of Konami making one, but there’s still hope since Konami might return soon to the Console market. 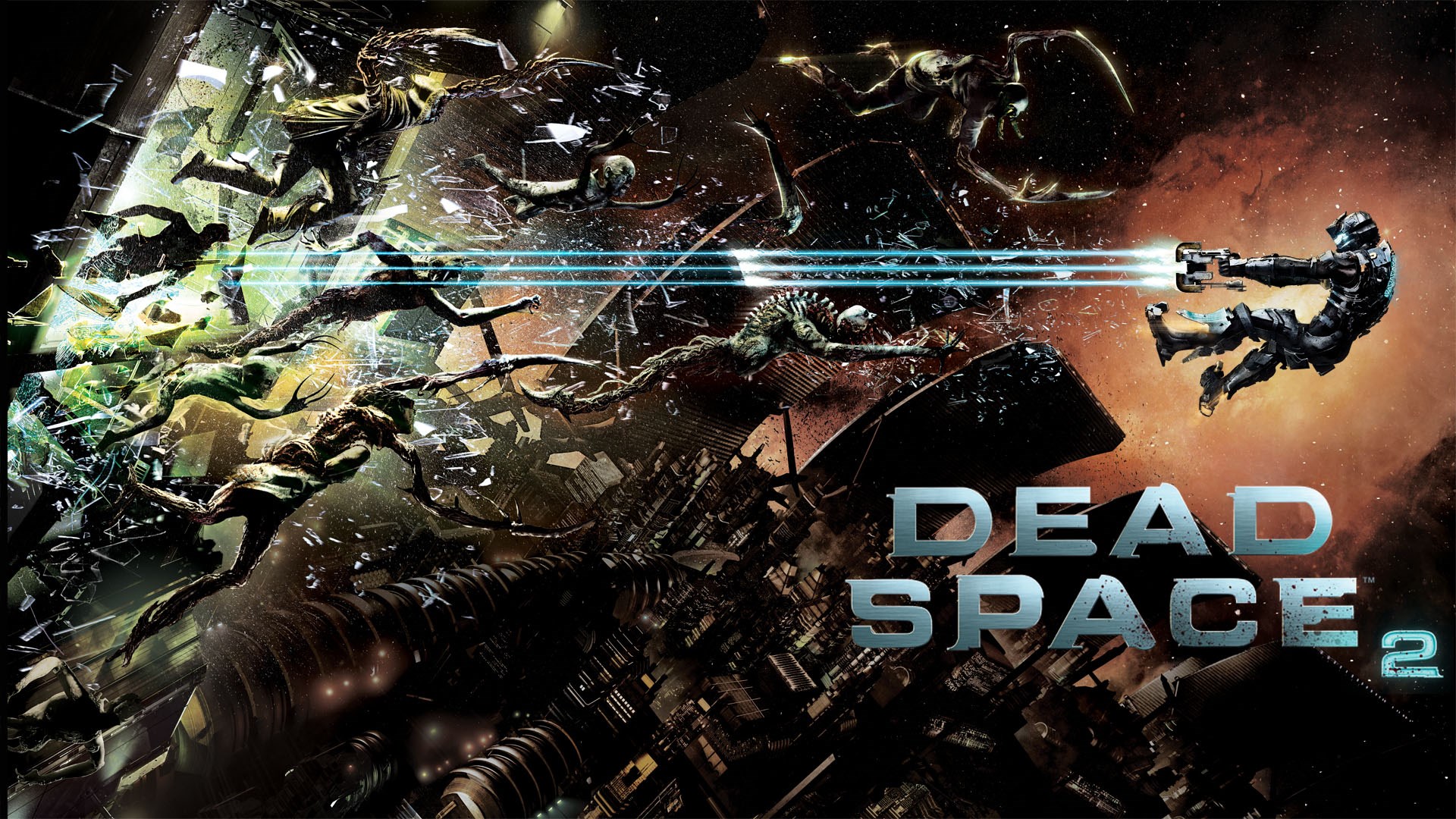 Dead Space 1 and 2 are some of the best horror games I have ever played Dead Space 3 went more to the action route instead of survival horror and failed EA even had to shut down Visceral Games who made Dead Space. Now there is still hope for another Dead Space game since EA recently announced that there would be another Skate game even though the Studio who made the Skate games has been shut down there are veterans who are working on the upcoming Skate game maybe they can do something similar to that for another Dead Space game if they ever do that I hope it is more like Dead Space 1 and 2 instead of 3. Now former Visceral games director did reveal his plans for Dead Space 4. He stated in an interview “The notion was you were trying to survive day to day against infested ships, searching for a glimmer of life, scavenging supplies to keep your own little ship going, trying to find survivors,” said Wanat, who is now creative director at Crystal Dynamics.

“I love that it gave players creativity in putting together their weapons, but it became tough to tune when you allowed players to break the primary and alt-fire pairings.”

Perfect Dark is my favorite game made by Rare. We never got a sequel, but we did get a remaster, which was nowhere as good as the original. There have been rumors about the initiative (new Xbox Studio) working on a Perfect Dark game. I hope that they are right. Microsoft has recently revived Battletoads and Fable hopefully; they revive Perfect Dark too since we didn’t get enough of it.

There was a rumor that Capcom was working on a new Dino Crisis game, but it was canceled later the rumor might not be true since the person who started it has been proven wrong about some things he has said earlier, so there is still hope for Capcom to revive the amazing Dino Crisis franchise.

We might not have had a new Splinter Cell game since 2013, but Ubisoft has added the character, Sam Fisher, to Ghost Recon Wildlands and Rainbow Six Siege in recent years it might be a hint at a new Splinter Cell game. Splinter Cell’s creative director has also returned to Ubisoft recently, and Ubisoft has fired some of their creatives who apparently forced “Microtransactions and Openworlds” in every Ubisoft game according to the YouTuber Skill Up, and they did other bad things too which made Ubisoft one of the worst places to work you can read more about that in this article written by Jason Schreier. So basically, since Ubisoft Employees have more creative freedom, they might be able to create a new Splinter Cell, which can be linear just like the old Splinter Cell games; hopefully, they are working on something that they will announce at the next Ubisoft Forward.

Also, it’s the same case with Prince of Persia since that’s owned by Ubisoft too the new working conditions increased the chances of these franchises being revived in a great way.

Legacy of Kain: Soul reaver is regarded as one of the best PS1 games of all time, but there isn’t much hope for it to return since Amy Hennig doesn’t work at Crystal Dynamics, but maybe they can remake it without her or maybe by some miracle Amy Hennig will make a new Legacy of Kain game with Crystal Dynamics. Amy Hennig currently works at Skydance media she has stated that “Julian and I are thrilled to be part of the Skydance creative team and excited to partner with Skydance to explore this new frontier in entertainment while pioneering new ways to tell immersive stories through technology,” Hennig said in a statement. “Our goal is to create inviting and innovative experiences with the high production values and visual fidelity that will set the standard in this new media landscape” so basically there isn’t much hope for a new Legacy of Kain game by Amy Hennig maybe Crystal Dynamics will do it on their own, but in my opinion, it would be much better with Amy Hennig.

What Video Game franchises do you want to be revived in next-gen? Please let us know in the comments below.